Why your digital transformation failed: You forgot about Love 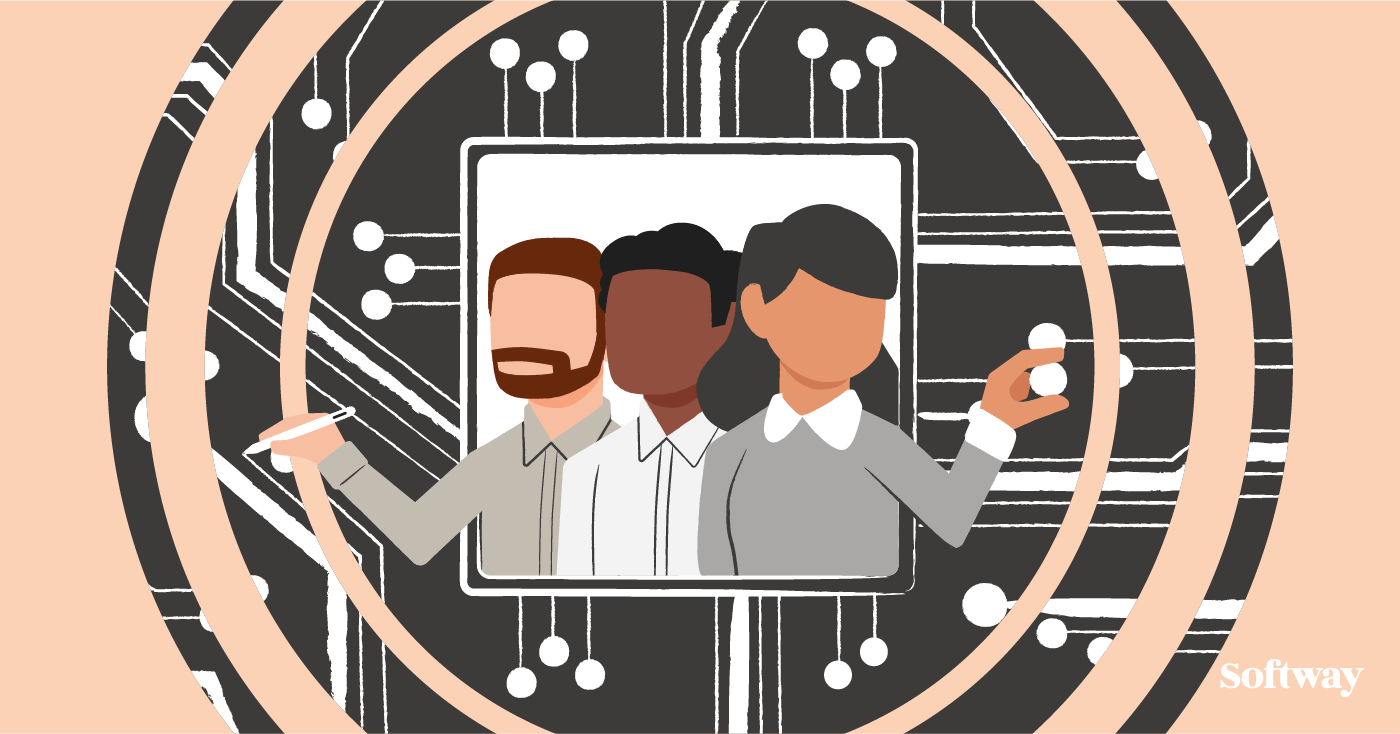 Digital transformation—the integration of digital technology into all areas of a business—has been big news for a while now. Businesses at every scale from Mom & Pop to Multinational have sought to benefit from the reduced costs, increased efficiency, and fresh revenue opportunities that a successful digital transformation can enable.

But 84% of companies that attempt them fail. Why?

It’s not always a technology problem—firms like GE failed despite being tech innovators in other areas.

It’s not always a process problem—Ford failed, despite being the company that defined a century of process-driven industry.

In fact, the obstacles that stymied these giants are far simpler and far more familiar:

These aren’t problems that can be overcome by a shiny piece of technology or process change. Digital transformations are people transformations—the culture and behaviors that govern your organization will determine your success.

The validity of this truth is echoed across much of the industry[1][2][3], but nowhere is it practiced with more passion than at Softway.

That’s because ignoring your people is a mistake I’ve seen first-hand. Actually, it’s one I committed for nearly a decade. Five years ago, recognizing that failure in my own organization led to the most critical transformation in our history, and kicked-off our greatest success.

Discovering Love As A Business Strategy

It’s 2015, my company is struggling, and I’ve gone to a football game at my alma-mater to clear my head and cheer up. As we limp into the second half, 20-points behind, I begin to worry that wasn’t such a good idea.

To tell the truth, I’d been doing a lot of worrying around that time. I was trying to reorient my company for the shifting economy, to turn it into a streamlined machine that incorporated the new technologies and techniques I envied in other organizations. But I was running into resistance I couldn’t understand—

Then halftime ends, the Cougars come back, and something amazing happens. They start to dominate. They’re rolling over their opponent like it’s Pee Wee league. At the end of the fourth quarter we’re on our feet—celebrating a joyous and impossible victory, and as I drive home I listen to the coach explain how they managed to do it.

“Love”, he said. “I love this team, and they play with love for eachother.” As I considered what that really meant, and what it could mean for my own team, I realized what I was doing wrong.

I had gone in headfirst, hyper-focusing on technology and process. I thought if I could objectively manage and systemize how we worked, it would be a cure-all. But I was only addressing symptoms, raising barriers for my teams, and rolling out endless red tape—I had stopped trusting my people, so I asked myself, “where is the love?”

I committed to reshaping Softway’s leadership style around five tenets of Love: Servant Leadership, Trust, Empathy, Growth Mindsets, and Active Communication. It was a difficult journey professionally, and even more so personally. But over the five years following that decision, Softway’s business grew exponentially.

Our revenue increased by 300% as we took on larger projects and expanded into new industries. We helped clients launch their digital transformations and see them through, big and small. But the most important change was in our relationships.

Our clients trusted us more, and their confidence in our own transformation led to the creation of the Seneca Series, a leadership development program that’s touched more than 1,000 leaders across 46 countries. At every turn, we saw the importance of LAABS—treating Love As A Business Strategy.

What does all this mean for digital transformation? It’s simple: you have to start with your people. 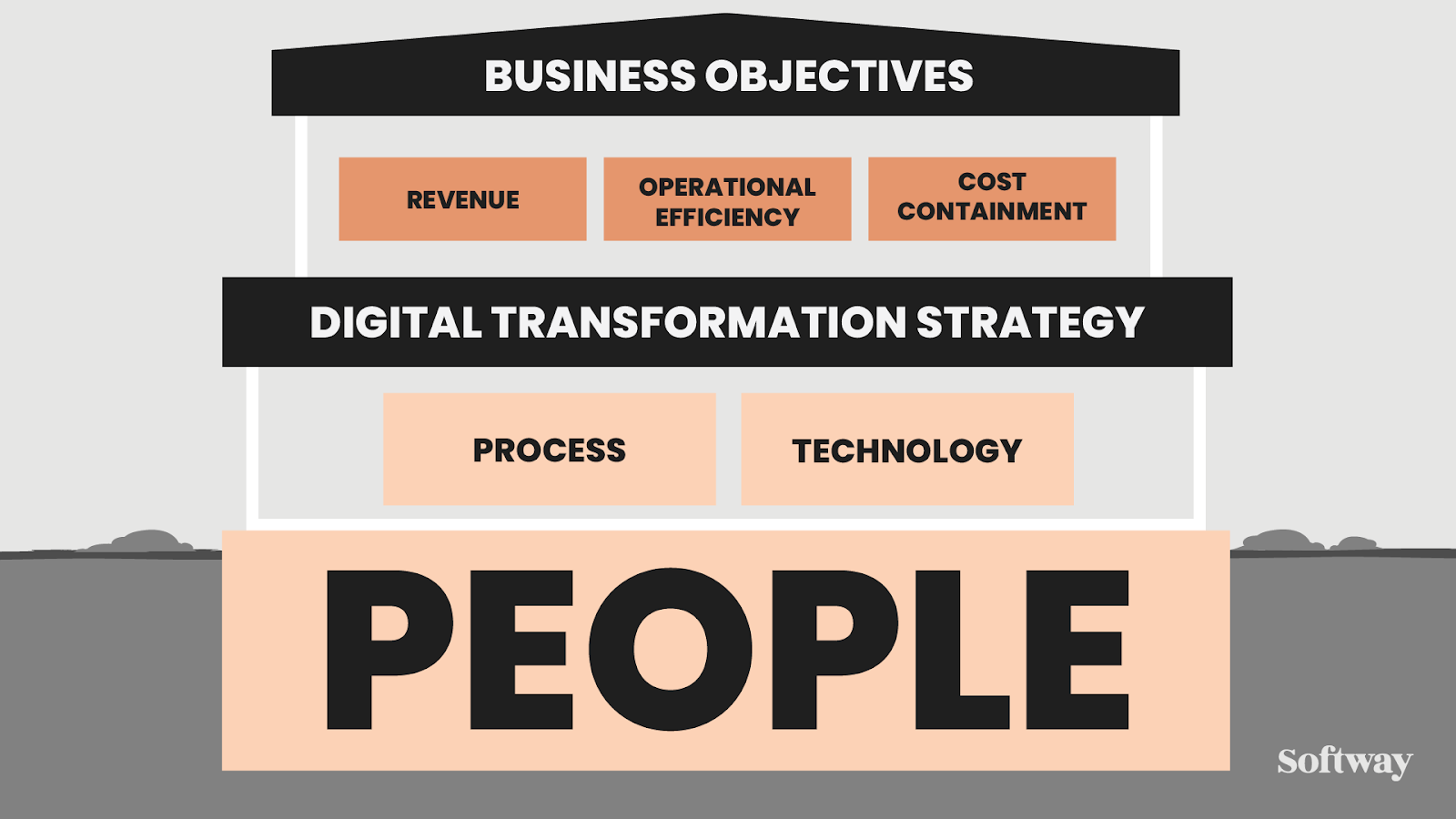 Your people are the foundation of everything else you do. When leaders practice poor behaviors they create a culture that prevents their team from properly taking advantage of the technology at their fingertips, and they demotivate their organization from investing in the processes put in place.

On the flipside, when leaders are aligned to the needs of their people, when they choose to promote better culture initiatives, then tech is reinvigorated, people gain the opportunity to innovate, and from there a proper digital transformation can take place.

In the end, the path is clear: If you want to win, you can’t focus on the endzone. You have to focus on the team that will get you there.

Great coaches know that. I learned it the hard way. And if you want to be part of the 16% that succeed in digital transformation, you’ll make it a part of your business.

And if you’d like some help with that—well, we’d love to help you out.

No spam, we promise! You will only receive essential emails.