The 2020 CEO Playbook: tackling your meanest opponent yet

Collegiate football is a display of physicality, aggression, and guile. Every play is a matchup between an unstoppable force and an immovable object. For students, fans, and alumni it’s about community and camaraderie—sharing the agony of defeat, and relishing in sweet victory.

I became a fan later than most Americans. As you may know, I was born in Saudi Arabia to Indian parents. I lived in the Middle East for fourteen years, then India for one more year before moving to the United States. I spent the majority of my formative years playing and watching cricket, badminton, and the other football (soccer). Our sports were different, our cultures even more different—so you can imagine my shock and sense of feeling out of place after moving to the United States.

So even though I understood football, it wasn’t until I attended my first game at the University of Houston that I truly experienced it. I quickly became overwhelmed by the energy, captivated by the athleticism, and hooked on those four adrenaline-filled quarters. After graduating from university, I remained a diehard Cougar fan and a collegiate football fiend. Whether it was gameday in the living room, or tailgating at TDECU Stadium—every experience was memorable.

Football was a way for me to fit in: I wasn’t Mohammad the immigrant, I was Mohammad the Houston Cougar. As I grew up and became CEO of my own company, I stopped watching the games with such youthful bewilderment—and started watching and thinking about the sport very differently.

One game in particular shook me—yes, it was memorable—but it was also deeply meaningful, and it forever changed my understanding of leadership.

The smaller, scrappy Cougars were battling from behind the entire game. Against all odds, they hung in there, scrambled for every yard, broke huge tackles, and pulled out the win in the final moments. It was the classic Cinderella story, the kind of game deserving of a screenplay. But even with all that, it’s what head coach Tom Herman said during the post-game press conference that really moved me.

When asked about his strategy, how his mindset shifted through the game, how he motivated his players to pull out the win—he attributed everything to one word: Love. Early in his coaching career, Herman recognized that talent and performance are not synonymous with being elite and winning. Achievement begins when teammates care about each other, when they hold each other up and hold each other accountable, when they strive not because they hate losing, but because they refuse to let each other down. Achievement begins with love. His team demonstrated this while looking at a twenty point deficit, digging in together—and saying, “this team won’t break us.”

I saw this victory as a testament to the power of love in overcoming adversity, in being steadfast and resilient—and winning at all cost. Instead of thinking of my role as CEO, I began to think of myself as the head coach. Where do attributes like trust, vulnerability, and empathy fit into my playbook? How can I lead my team from a place of love?—and not just love, but tough love when faced with a stronger, meaner opponent, like 2020.

Our vilest opponent yet, and my playbook

That momentous game was almost five years ago. And it was almost five years ago that I made the unconventional decision to make love a cornerstone of my business strategy and CEO Playbook. Everything we did, we did with love—love for our teammates, love for our clients, and love for humanity. Our undefeated record demonstrated the virtue of this strategy: we picked up prestigious clients, attracted amazing new talent, and set season revenue records—we even had leaders from other companies approach us, asking for help with their own playbooks.

We established ourselves as a team not to be discounted, but it hadn’t been without few hard fought battles. As 2019 wrapped up, we rested and prepared ourselves for our next opponent, 2020. However, once we stepped onto the field, it became clear that we had underestimated just how tough, and how different this opponent would be. I started to see 2020 as a true adversary, a force that reared its ugly head to try and break my team.

With the first half of the game against 2020 behind us—and the third quarter underway—I thought it’d be helpful to share some of the game’s highlights, and the calls I’ve had to make as head coach to keep pushing the ball forward.

It became apparent quickly that what worked well in the past, was not going to cut in 2020. We thought we could manage—but between a helter-skelter marketing plan, and a failure to perform in true Agile fashion, we were crippled from the first snap and slow to respond.

Early in the first quarter we lost a few veteran players. Some left willingly for new opportunities, while others I had to let go due to performance or behavior. It was painful, people were upset with me, and rifts began to form across the team.

We became mistrusting, misaligned, and we stopped communicating—morale dipped, and our adversary started pulling ahead. I loved these people, it saddened me to say goodbye—but as head coach it was my decision and responsibility if we wanted to stay in the game.

The pandemic, an anemic economy—and furloughs

As the first quarter was coming to an end, we were down but not out. Until our opponent pulled a trick play: the ol’ pandemic and market volatility. The game was just starting, but this was looking like an early final blow.

We ended the quarter with 60% of our team on injury reserve, furloughed. I chose to lean on a skeleton team to close out the quarter, so we could bring everyone back with fresh legs and a new gameplan. During that time we didn’t go into crisis mode and panic—we looked at our first quarter performance, collectively recognized our faults as a team, and asked, “how do we get back in it?”

We began the second quarter with a conservative timeline for bringing everyone back. We couldn’t afford to throw resources at our opponent with the same strategy and hope that we’d break through simply because we added more oomph. We needed to be thoughtful, and we needed to be cunning.

Our skeleton crew was able to collaborate quickly—drafting some clever new plays to get our team under, over, and around our opponent—and into the end zone. It was the quickness with which this was done that enabled us to bring back our entire team sooner than we planned.

Even though we brought our people back ahead of schedule, furlough hurt. My team was shaken emotionally and financially. Being the head coach isn’t about being the person on the sideline with a headset and clipboard. You have to remove yourself from that space, be vulnerable, and connect with your players as a human—not just their coach. That’s what I had to do as we welcomed people back to the huddle.

I needed to hear them out, understand what they were going through—and give them the opportunity to ask questions. When we work together from a place of understanding and love, players can respond more positively to those tough calls we have to make as coaches.

Pivoting our gameplan, and mindset

The play calls from the first quarter to the second had changed quite drastically, and there was some fallout and lagging from players coming back from injury reserve. Our changed gameplan came with new plays, but more importantly it required a new mindset.

To keep our play Agile, and reduce yards lost to relearning and rework, we introduced our Operating Principles. A set of guiding principles that challenged our thinking—and focused our efforts on solutions, not problems. Our Operating Principles shifted players’ mindsets, and provided them with the tools and autonomy to call audibles and respond to setbacks on the fly.

After some late drives at the end of the first half—we started building momentum, picking up clients, and narrowing our point deficit. However, we came out of the locker room a little cold—starting the second half with analysis paralysis, and failing to get a few snaps off on time.

I broke my headset, I threw my clipboard like a boomerang—then I talked to my team. I told them, “I’ve seen what you’re capable of, I am confident in your abilities—but you have to be too.” I needed my team focused on getting past the opponent, not getting my approval for every play call.

Sticking to the game plan: no Hail Mary’s

We started picking up momentum. But oftentimes when you pick up momentum you start feeling bold and energized—and you stray from the game plan. You start forcing plays, going for the deep passes—and you risk costly turnovers that could ultimately take you out of the game completely.

Sticking with gameplan doesn’t have to mean being overtly risk averse. But it does require getting those first downs, taking those smaller steps—and iterating so when the time comes to make the big plays, you are positioned for success. Getting after it and getting touchdowns requires patience and vigilance.

Capturing the lead, and expanding it

With the third quarter in full swing—we are now a well oiled machine and ready to go pedal to the medal. It was an uphill battle to this point—but we finally found ourselves making conversions, and executing against what seemed like an impossible opponent.

The tides have changed, but the game certainly isn’t in the bag yet. We are closing in on the lead, and once we take it I want to expand it. I want the final quarter to be punishment for our opponent, a warning for future adversaries—and a show of vigor and expertise that attracts new talent to want to play for our team.

So with passion, with cleverness—and most importantly with love—we’re going to do it.

See you at the post-game interview. 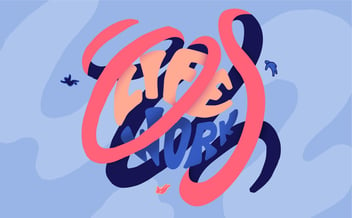 Your spouse is now the most important person on your team 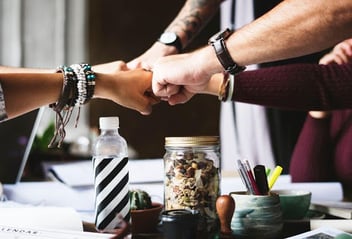 Create a Culture of Inclusion for Your Out-of-Town Teammates