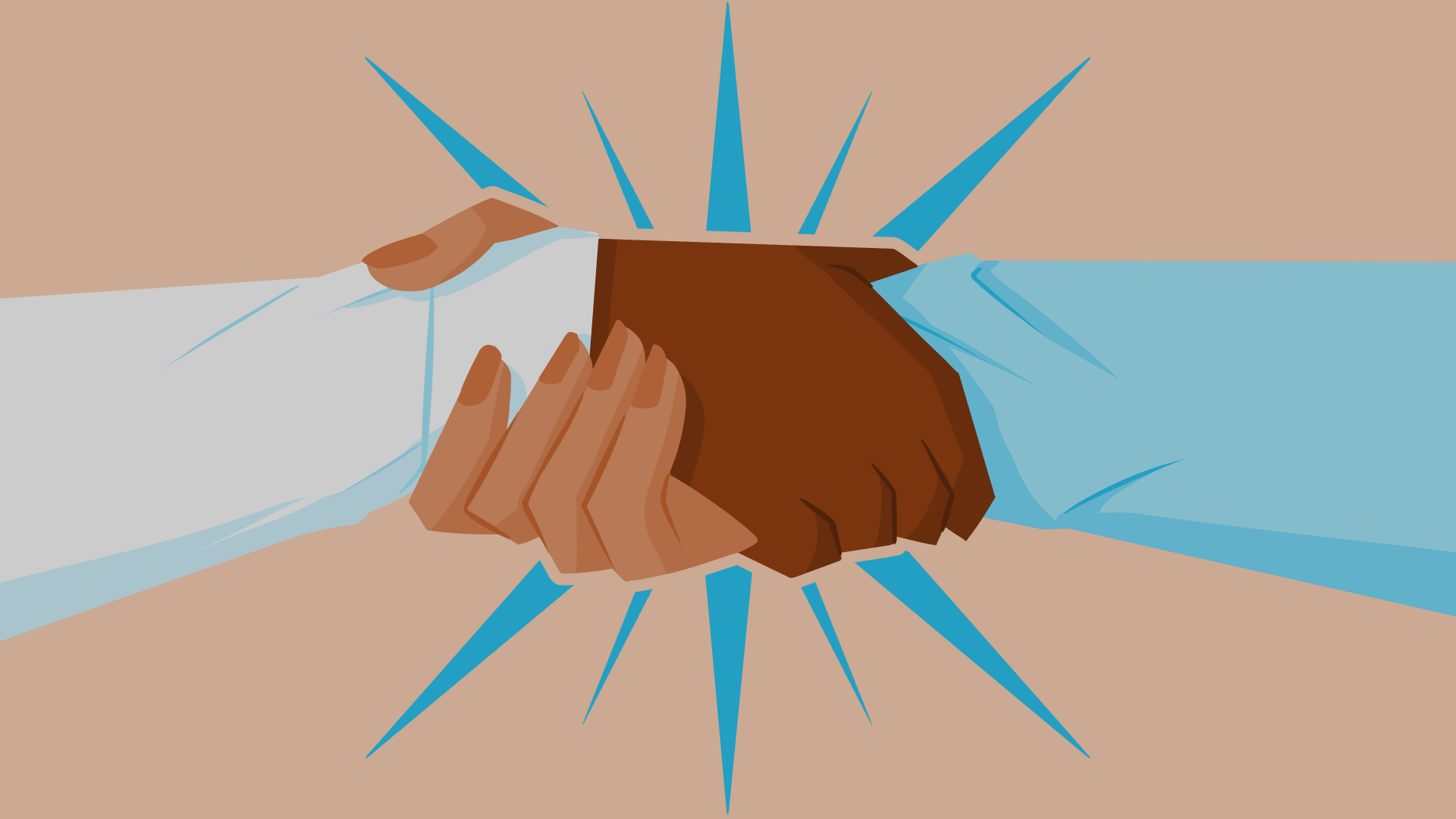 “You know what I miss? That fear-based style of leadership my boss had—it really motivated me,” said absolutely none of my employees, ever.

I used to be something of a tyrant, and fear-based leadership was how I ran my company. I didn’t trust the decision-making of my team, I controlled. I didn’t value people’s opinions, I punished people for giving them. And I’d give unclear directions to teams (not even knowing what I wanted), then grow frustrated when they returned with poor results.

Aside from the personal and emotional toll of my “leadership” style, there were very real effects on our bottom line: productivity dipped, innovation slowed, and team cohesion dissolved. My people were afraid of failure, terrified even. They played it safe out of fear of retribution—laying low, and shying away from pushing for the best ideas. Looking back, I don’t blame them.

I obstructed with my own need to control. I deflected responsibility when people called me out for my actions—I thought I was a tough boss, but in reality I was unhelpful and unpleasant to work for. Through introspection and a dozen-or-so hellacious conversations with my work family, I learned what a disconnected and toxic leader I had become.

If my teams were going to realize their full potential, if they were going to take risks and support one another—if they were to be truly high-performing, I needed to change my mindset. So I dropped the tyrannical leadership style—instead I chose to lead from a place of trust and love, and things changed.

The onus is on us, leaders

People typically view team performance as a reflection of talent and effort. When teams don’t perform up to snuff, we see those failings as entirely their own. I don’t believe this to be true—in fact, I know it isn’t true. If people weren’t intelligent, skilled in their craft, or motivated to learn and grow they wouldn’t be working for me.

I’m sure much of the same could be said about your own company and teams.

The reality of the situation is: when it comes to teams being high-performing, the onus is on us leaders. If we want our teams to be resilient in the face of economic uncertainty, to do more with less, and to pivot around this pandemic with grace—that is on us.

Below are six learnings I developed in my transformation from fear-based to trust-based leadership, that took my teams from lost and lagging, to truly high-performing.

1. Mapping out the journey

They say a leader without direction is just a person out taking a stroll. With that in mind, as a directionless leader (hypothetically): do you think your teams know what they’re doing? Where they’re going? Why they’re going that way? Do they know how they’re even supposed to get there?

The biggest issue with a lack of vision from leadership isn’t the immediate frustration, but how teams have to then navigate that ambiguity and deliver results. People have to make assumptions and take shots in the dark—and more times than not, they’re going to miss.

As leaders we need to be explicit and purposeful in plotting a course for our teams. Yes, they need to know where they’re going and how to get there. But more importantly, us leaders need to understand that the direction we provide reduces uncertainty and generates a greater collective confidence, an essential first step in building trusting, high-performing teams.

Vision and communication go hand-in-hand . You might know where to go, you might even know how to get your team there—but if you can’t effectively communicate that direction you’re about as good as lost.

So, follow the golden rule of communication: transparency. Not because it’s honest and ethical, but because it’s effective. Transparent conversations aren’t always easy, but by nature they are more open, honest—and encourage people to ask more questions.

However, it’s not just a matter of how you communicate, but also how often—communication is not a singular event. In projects and life, roadblocks, detours, and breakdowns are bound to happen. As leaders we need to rely on consistent, transparent communication to help overcome those obstacles and keep moving forward.

The more transparent and consistent your conversations, the greater level of autonomy and self-determination teams will have through the lifecycle of a project. Knowledge is power!

As I mentioned above—and as we have seen plenty of in 2020—roadblocks, detours, and breakdowns happen. Simply put: they suck, and they’re often out of your control. But what you can control is how you respond in those moments, focusing on how to help your teams stay motivated so those setbacks are only temporary.

Odds are, you’ve probably been a part of a team and found yourselves stuck in the muck. You’ve experienced how hard it can be as a group to get energized, inspired, and find a way out. In some instances, even your team’s collective wisdom couldn’t work it out.

It’s normal. When roadblocks, detours, and breakdowns happen—and momentum is lost—it’s leaders who need to step in, inspire, and create that spark. Through experience and empathy, we can be an outside voice of reason, and guide our teams back on track.

4. Turning conflict into a conversation

It’s important to know your route, to carry an extra map—and to know how to change a tire, because as mentioned above, “sh*t happens.” But, there are preemptive measures you can take to lower the likelihood of missteps, or at the very least reduce the degree of fallout.

Whether it’s tension between team members, or a disagreement between a team and client—those rifts expand quickly, and can have very permanent results. That’s why it’s so important for leaders to start being proactive and view conflicts as conversations—rather than something to be dodged or responded to as if it were “completely unavoidable.”

The highest-performing teams disagree, they challenge each other—hell, they even challenge clients. But it’s important to keep conflict from becoming a hindrance—leaders sometimes need to play the role of mediator or group therapist in order to maintain cohesion and momentum.

Being high-caliber, high-octane, high-performing—whatever you want to call it—isn’t all about winning through brute strength. And Houston Cougar’s former head football coach, Tom Herman, understood this best. Time after time, he showed up on game day with a smaller, less experienced team—and took down giants.

Herman recognized that teams who emphasize hard skills (size, speed, and power) and what players achieved in the past, do not always succeed—or much less, rise to the level of mediocrity. It’s the teams that nurture soft skills (trust, heart, and hustle), and collectively value a willingness to fail and grow that out-perform and out-shine.

Football is a completely different world from my own, but I still took this mentality to heart. I stopped trying to force “all-star teams” together that I knew wouldn’t gel, and I quit shopping around for top talent. Instead, I started building teams that could grow together. As a leader it’s not about doing the best with what you have, but bringing out the best in one another to rise to any challenge.

6. The power of empowerment

Leaders that strive to build trust through vulnerability and empathy are more impactful. When you lead and encourage your teams as a human, not just their leader, they trust you more and they want to do more for you. That is the power of empowerment.

Teams work harder, perform better, and are willing to take on greater risks when they know their leaders are personally invested and believe in them. Think back to the fear-based leader I was: do you think my teams went above and beyond? Do you think they felt loved and appreciated? Do you think they were high-performing? They weren’t, they were just placating me, trying to stay out of the doghouse.

You will never get the desired business outcomes, until you consider and lead with empathy for human outcomes.

Building high-performing teams takes more than business-savvy—it requires emotional intelligence. It’s not about equipping teams with the tools and resources to be innovative—it’s about fostering a mindset, and building an ecosystem of support and empowerment.

Getting to that sweet spot is a challenge, and the onus is on us, leaders.

No spam, we promise! You will only receive essential emails.