“It” begins with behavior

If culture eats strategy for breakfast, then behaviors eat culture for lunch.

You’ve likely heard some version or variation of the idea that, “Culture eats strategy for breakfast.”

While the exact origins of this expression are unknown, it’s largely attributed to the teachings and philosophies of intellectual Swiss Army Knife, Peter Drucker. Regardless of how this folksy bit of wisdom evolved, or where its origins lie, there’s good reason for its evolution and adoption into the public domain: Culture matters.

Culture eats strategy for breakfast
An organization’s culture is like DNA. It’s vastly complex, entirely unique—and the most microscopic glitch can manifest in profound ways.

It can be the difference between being profitable and being unproductive, being innovative and being unimaginative—and being on the verge of expansion or extinction. One of the most prudent reasons we must understand culture is its influence in attracting and hiring diverse top-talent, and keeping current diverse hires engaged.

While empathy is only a small aspect of workplace culture, and diversity, when it comes to enticing diverse talent and keeping current diverse hires engaged, it stands to reason that culture and the intangibles are immeasurably important. Not just because it’s the ethical thing to do—or because it gives people a sense of belonging, purpose, and satisfaction—but because the positive impacts of culture on your business are quite measurable.

A 2015 study from McKinsey & Company, Diversity Matters, found that organizations with greater racial and ethnic diversity were 35% more likely to see financial returns above their respective national industry medians. And similarly, when it came to gender diversity, organizations were 15% more likely to have financial returns above the national industry median.

And per Gallup studies, “a highly engaged organization can see 18% higher revenue per employee compared with the average.”

So, that folksy bit of wisdom, “culture eats strategy for breakfast,” there’s something to it. But, culture is such a massive and encompassing concept that touches and influences so many aspects of business, where does it begin?

Well, it begins with leaders.

According to a study authored by Sylvia Ann Hewlett, Melinda Marshall, and Laura Sherbin, How Diversity Can Drive Innovation, “Leaders who give diverse voices equal airtime are nearly twice as likely as others to unleash value-driving insights—and employees in a ‘speak up’ culture are 3.5 times as likely to contribute their full innovative potential.”

Poor workplace culture holds back even the strongest, most “foolproof” strategies because the people behind the plan matter more than the plan itself. So, how do you create a culture that is thriving and vibrant and not toxic and vile?

My behaviors, our anemic culture—and a sinking bottom line
I have been the CEO and President of my own company, Softway, for almost 18 years. My tenure started off as a young college student, and the business was fortunate to grow and grow fast. But I did not grow or mature along with it.

My leadership style could at best be described as, “tough”, if you caught me in a good mood. In reality, my behavior was noxious, unhinged—and at times, hostile.

I raised my voice, I wrote off ideas if I didn’t like who brought them forward, and if someone had the courage to give me feedback, I’d lash out. There would be repercussions and they’d likely be stripped away from growth opportunities and exciting projects.

It was bad, it was shameful—but the buck didn’t stop with me, because leaders don’t exclusively lead through edict or directive, they lead by example. The example I set for the rest of leadership became the norm, my behavior had then trickled down beyond my immediate circle and became the example for new hires and existing employees.

Our growth became severely stunted, and our culture transmogrified into something foul and heinous right before my eyes—we were faced with an existential crisis.

It was through those raw conversations and intense introspection I realized how my misbehaviors as a leader created a terrible culture. It was a culture of mistrust, unforgiveness, and bravado that I created that put our company in peril.

The bottomline: behaviors have potential and potency. They can unlock opportunity, inspire innovation, bring disparate peoples together to collaborate—even bring in more revenue. The flipside, they can also be a cancer.

Behavior comes from within
Behaviors begin with your mindset. That is, how you see the world, but also how you believe the world views you. That mindset then leads to the development of your attitude.

Attitude is where rubber meets pavement, it’s the demonstration and expression of mindset, and ultimately your behavior. When it comes to correcting your behaviors, or improving them, it begins within.

Connecting the dots between overtly aggressive misbehaviors and a toxic workplace culture isn’t a big leap. Those are obviously quite negative interactions. However, there is so much more subtlety and nuance in the example leaders set for their organizations.

For instance: A distraught employee approaches you—they believe their supervisor behaved unfairly. As they open up, you become uncomfortable and unconsciously respond with a sort of aloofness. They then interpret your response as being dismissive and apathetic—that their supervisor’s behavior was acceptable, and that, “it’s just normal.”

As a leader, the example you set is meaningful and influential, and there are no neutral interactions. Your behaviors whether active or passive, conscious or unconscious, have the potential to cultivate or corrupt your company’s culture.

Behaviors, diversity, and inclusion
As mentioned above, companies with diverse cultures excel. Also mentioned above, is that leaders who give diverse voices equal airtime and develop a “speak up” culture are immensely innovative.

However, if you’re a leader who displays behaviors such as: othering, excluding, playing favorites, alienating, or being biased. If your mindset, attitude, and communication are doing harm, then you’re creating a place where innovation is stifled, diversity isn’t prioritized, and processes and tools are trusted more than talent.

Behaviors drive diversity and they impel inclusion. Behaviors matter because equitable leadership is good for people, and business.

Culture belongs to everyone
If you’re not a leader by role or title, you’re not exempt—all behavior builds culture.

While “leadership” might be influential in determining the trajectory of culture, maintaining and changing culture is everyone’s responsibility. And that isn’t by way of French-style revolution—but by the examples we set, and by the behaviors we display as we collaborate within our teams, between departments, and across our companies.

Culture belongs to everyone, thereby the creation and sustainment of a healthy culture is everyone’s responsibility.

Building a better workplace culture means focusing on creating better behaviors, having a greater self-awareness—and understanding how our treatment of others impacts people. That is where you begin.

So, make the effort, ask yourself, and introspect: Are you marginalizing others by not being inclusive? Are you showing favoritism to some while alienating others? Is your aloofness in uncomfortable conversations coming across as apathetic and dismissive? Have you explored your own unconscious biases?

The most profound and pragmatic way to create a diverse, fruitful workplace culture is to apply a growth mindset to the way we think. And to develop an influential attitude that is intentional and inspiring because again, there are no neutral interactions. 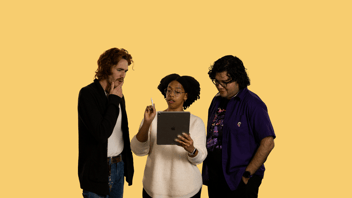 3 practical ways to incorporate diversity & inclusion into your work

How to practice vulnerability in the workplace