Gender bias: why vulnerability can be so hard

Vulnerability is showing your humanity. It is one of your greatest strengths, and one I believe is substantial and meaningful in your ability to grow—both personally and professionally—and influence meaningful change in your organization.

There’s power in your humanity—but like most powers, it doesn’t come automatically, or without challenge.

For a disparate variety of reasons, people can feel discouraged, even suppressed in their willingness and ability to be vulnerable. However, there is one obstacle in particular I want to address right now: gender bias.

In life, and especially in the workplace, nobody should feel unjustified in their perspective or identity, because of gender (or for any other abominable reason).

We all experience entrenched gender biases (conscious and unconscious) in the workplace that cripple our ability to be vulnerable. They even influence how we respond and interpret other people’s vulnerability.

“She’s too emotional to do the job.”

When it comes to being vulnerable and transparent in the workplace—women often have to mask their emotions, hide their thoughts, and distort their own perspectives.

Generations of gaslighting and blatantly mislabeling women as overly-sensitive and emotional has discouraged them from fully participating as their most authentic selves in the workplace.

It should go without saying: it’s freaking wrong. But, these are the realities women face. Their perspectives are discounted and their value is undermined.

As a result, women have to toe the line: be passionate but not forceful, be objective but not aloof—and be positive but not too bubbly. They might even have to compensate and put in additional effort to overcome gender biases and lead unimpeded.

I’m not going to even begin suggesting that there is equal bias against men in the workplace. There just isn’t. But, when it comes to being vulnerable, there are some nuances that discourage vulnerability.

For men, vulnerability may be seen as unmasculine, effete—and wavering in the face of adversity. “He’s too weak to do the job,” they’ll say.

In response, men rely on bravado, and foolheartedly commitment to a hyper-masculine facade, because that’s what leaders are. They’re tough, they’re strong—they’re as resolute and emotionless as a stonewall.

As leaders we need to be explicit and honest when addressing bias in the workplace—and not just vulnerability-centric bias, but all biases. When our biases go unchecked, we aren’t just harming the success of our business—we’re denying people their right to be their truest selves.

Woman or man, man or woman, we are all human—and our humanity has power. 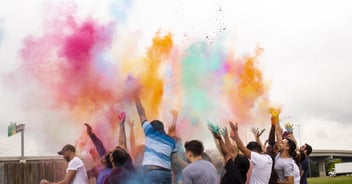 Sunday Scaries amidst the COVID-19 crisis