As a Brown CEO, I owe “Black Lives Matter” a thank you

Like me, there are many Asian CEOs and business leaders here in the United States. Though we are underrepresented in Corporate America, we are still the majority of the minorities in positions of power. The CEOs of some of the world’s largest corporations are of Asian descent — Satya Nadella (Microsoft), Sundar Pichai (Alphabet & Google), Arvind Krishna (IBM), Ajaypal Singh Banga (Mastercard), Indra Nooyi (formerly PepsiCo.) — the list goes on. And like these leaders I’ve just named, I have an obligation to build systems of equality and equity for other marginalized ethnicities in the workplace.

I owe this moment of clarity and reinvigorated sense of purpose to “Black Lives Matter.” The recent demonstrations from this movement have inspired and emboldened me to take a stand. From now on, I will speak out on issues that matter — my silence will not be my implicit compliance any longer. I will actively take a stand and treat Diversity & Inclusion in the workplace as a mission, not a chore. And I’m starting at work because that is where I have the most legitimate power to enact change.

I used to think that because I’m from a different minority group, with our own — albeit similar — set of issues, that “Black Lives Matter” wasn’t my fight. But no more. By treating Diversity & Inclusion with the respect it deserves, this will be my first, action-driven step in the fight against racism in the United States. But it doesn’t stop there. This act is a counter to all the other “isms” that exist in Corporate America and businesses across the globe.

As I’ve mentioned previously, I am an Indian, cis gender male, born in Saudi Arabia to Indian parents. I lived for fourteen years in the Middle East, lived in India for one year, and then moved to the United States. From one region to the next, I have experienced varying forms of racism and other inequalities, seeing how they adapted and evolved in each new place I lived.

In the Middle East, workplace discrimination is very open and visible; an employee’s level of compensation will depend heavily on their nationality. Indians, Pakistanis, Bangladeshis, and Filipinos are paid the least compared to Western and predominantly White nationalities — for the exact same role or title within a company. This act of racism is mirrored here in America, with different ethnicities and women earning between $0.54–0.79 to every dollar a White male makes.

From country to country, I’ve seen many of the same issues we face in America on a global scale. In India you can see conflicts ranging from:

It’s even difficult for me, a person of Indian origin, to comprehend all the different forms in which discrimination presents itself. And then to see these same issues in America — compounded with xenophobia — makes my life as an American immigrant even more difficult.

Being a Muslim, having been born in the Middle East, with the name Mohammad has proven to have its own set of unique, discriminatory challenges. Since September 11, 2001 — things have been different for me here in America. As the President/CEO of an international business, that services clients from Buenos Aires to New York City to Frankfurt to London to Kuala Lumpur, I fear experiencing — and have experienced — this discrimination each time I step foot into an airport.

But this level of anger and vitriol toward my existence is why I can empathize with Black Americans. I don’t want my experiences to go to waste. I’m going to use my learnings and strive to create a productive, inclusive work environment for Softway in both the United States and India — a safe space where we can address these issues. I believe in a culture of love, and won’t stop trying to make it a reality inside our company walls and beyond. Softway will bring humanity back to the workplace.

This is what I know

We can no longer afford to ignore these tough conversations at work. It is everyone’s moral obligation to solve some of these issues and tackle racism. We end up spending most of our waking hours with coworkers and colleagues, rather than with families of our own choosing. We cannot squander this platform to make a difference.

But diversity alone is not our goal. If we increase the representation of minorities in our companies and do not protect them by confronting the pervasive mindsets and behaviors that have existed since the world began, how do we move forward? A diverse workplace where there is no culture of inclusion, racist behaviors and microaggressions run unchecked, and the oppressive systems that have been institutionalized don’t change means we, as businesses, did nothing different.

Our vision is to “bring humanity back to the workplace,” and we cannot do that if there is not unity, equal representation, or equitable infrastructure in place for minority groups. Softway is not perfect and we are still working on many of these aspects, but we have started with a conversation with our teams.

We must act now

To some, India’s diversity is a point of contention. But we should celebrate our differences and see them as strengths, not dividers. Not only does it enrich our lives, but diversity of thought and varied background experience can bring incredible business value to organizations that understand that people are their strength. The power of diversity will become our differentiator.

From today and onward, companies that are too afraid to stand against discrimination and prejudice in the workplace will be blacklisted by customers and clients — their bottom line will suffer. As business owners, we must create an action plan to dismantle racism in our offices, boardrooms, with our vendors, and clients. It is our responsibility to support all marginalized groups, especially the Black community — starting with those we employ.

The “Black Lives Matter” movement has caught the attention of the world. So, to my fellow Brown CEOs and presidents, business owners, and leaders — we must use our clout and legitimate power to positively influence those we do business with. The world is watching us.

Satya, Sundar, Arvind, Ajaypal, Indra — this is my call for you to do more. What are you going to do in your workplace to spark change?

Let’s be the change we are talking about.

This article was originally published via Humanity Required on Medium. 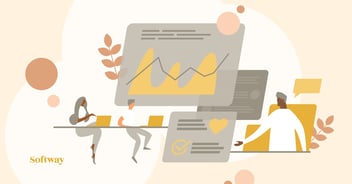 Being open with employees has never mattered more 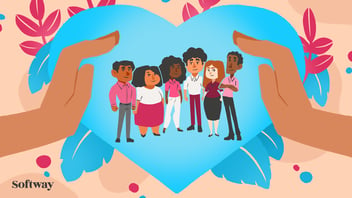 My controversial decision to treat love as a business strategy 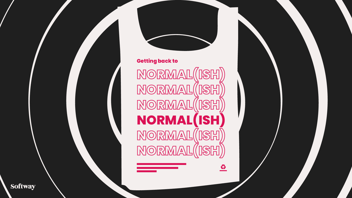 Dear leaders, we’re not getting back to normal